The Sims 3: Crash on Save

First of all, you should know that I'm running The Sims 3 on a PC with no mods of any kind. I have the following expansions, worlds, and stuff packs installed: 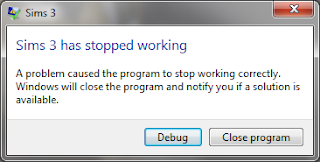 After installing Seasons, I tried altering and adding onto a house that was previously on a lot. I added an entire second floor and repurposed several rooms on the first floor to accommodate my growing family. After making the structural changes, I began decorating and adding furniture. After about an hour's worth of work, I clicked back to live and promptly hit "save". Then my game froze. My only error message was that "The Sims 3 has stopped responding". All my work was lost. Frustrating but The Sims is notorious for its crashing clear back to the original game, so I go with the flow and relaunch the game and get right back into building. Again, I make all my changes, go back to live, click "save" and the game crashes AGAIN! Now I'm beyond frustrated and I want to hit something.

At this point, I decide to do a Google search and I get lots of results. Turns out that the problem is directly related to the Seasons expansion and has to do with adding walls when there is snow on the ground. This was the fix that worked for me:

Go into Game Options and turn off the weather effects. Just uncheck the boxes for rain, snow, hail, etc. Wait for the snow to disappear off the ground (or use the in game cheat to manually remove it and I regretfully forget the cheat code to do that). Then build as usual.

Now, I never attempt to build when there is snow on the ground and I haven't had any crashing issues since. Before, it was every single time I tried to save.

I perused many different forums and people have theories that this crash is due to adding walls on a second story. I can't say for sure if that's true. Another solution that I read about was copying the trouble lot to clipboard, bulldozing the lot, delete the empty lot and then placing your saved lot onto another size-appropriate lot. I didn't try this solution because the first one worked just fine for me.

What I find ultimately irritating about this whole situation is that people have been posting about this specific issue for MONTHS now. Why hasn't EA updated with a patch? They seem to have more than enough time and resources to host announcement parties, live online broadcasts, etc. etc. Why not devote some of that energy into fixing what's already out there?? Hmm EA?? AMIRIGHT??

Email ThisBlogThis!Share to TwitterShare to FacebookShare to Pinterest
Labels: crashing, seasons, the sims 3

Branching Out and Moving On 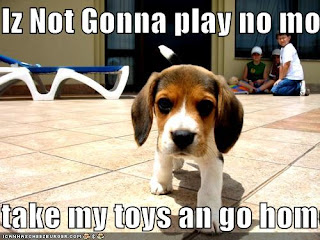 Things have been quiet here because I have felt directionless where my gaming is concerned. After being a dedicated WoW player for a considerable amount of time, I let my subscription expire a couple months ago. I had stopped playing about two or three weeks before that. I went through the same thing when I level capped to 85. So, what, exactly is my problem?

This is going to sound judge-y and like I'm pointing fingers but I don't have anyone specific in mind, just so ya know. But the problem is the other players that have taken the fun out of the game and have turned it into a chore. I read all these different WoW blogs and I listen to in-game chat and core players (and I think the term "player" doesn't fit but I don't know what else to call them) have elevated (or maybe lessened is a better word) what is supposed to be a game to this whole other...thing. When you break down the timing of a shot or spell to tenths of a second and then verbally attack the player who didn't get that shot or spell off "on time" you're not playing a game anymore. You have analyzed and nit picked at the tiniest detail to the point where you've sucked all the fun right out of playing. At least for me. I can see how some people get their rocks off by displaying their massive grasp of statistical math by dissecting the game of World of Warcraft.
Something that I don't get, never have and probably never will, is...if you've successfully run an instance or raid, you've downed the last boss and you've gotten that coveted piece of gear or mount, why do the numbers matter? Shouldn't the final question be, "Did you have fun??"

I'm neurotic, right? So when I log in to play a game, and I really mean play a game, and all I feel is pressure to perform perfectly, to study, analyze, and memorize game mechanics, all I feel is anxious and nervous and my hands sweat and by the end of the encounter I have to take deep breaths and Aleve for my massive headaches, it just isn't fun anymore.

I realize that a lot of this dissatisfaction stems from my own hangups but it's really 50/50 in that a lot of WoW players (again, that term just doesn't feel right here), have lost sight that it's a game. It's supposed to be fun. Gaming, especially role playing-type games, is supposed to be a way in which you can immerse yourself in another world and just relax away from real life pressures. Most importantly, IT'S SUPPOSED TO BE FUN!!! Worrying about tenths of a second has no place in a game. No place.


As a result of my neuroses, I've branched out into playing Guild Wars 2 and I'm back into Diablo 3 and the Sims 3 as well. I feel no pressure in any of the three of these games and in fact, will be back to blog a little about them all in other posts. One thing though, the players in Guild Wars 2 are so friendly that the contrast between the in game chat there and trade chat in WoW is like black and white. Anyway, more on that at another time.

In the end, even knowing how I currently feel and having said all that I've said, I know I'll re-up my subscription to WoW at some point in the future. Probably even within the next six months. I just need a step back and gain a little perspective. Honestly, I miss the familiarity of WoW. I do. So, I'll be back to it sometime.
Posted by Unknown at 8:51 AM 2 comments: