The Natural Rise and Fall?? 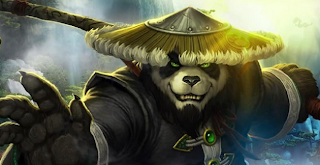 I read over on Massively that Blizzard has lost another 100,000 subscribers to World of Warcraft over the course of the last three months. This brings the total number of subscribers down to a mere 7.6 million. Shameful, right? Numbers have been on a steady decline, down 4.4 million from the peak of about 12 million in 2010. While 100,000 doesn't sound like a lot, 4.4 million does. To me at least.

That being said, I'm not in a panic (yet) over these statistics. When you're at the top, you only have one place to go, right? World of Warcraft has long been the forerunner of MMOs. From all the MMOs that I've tried, before and since I started playing WoW, it's clear that game mechanics and even story progression have been based on and evolved from, at least in part, WoW's genius. WoW has staying power, in my opinion, but Blizzard also needs to beef up their game (Haha. Puns.).

7.6 million subscribers is nothing to sneeze at. That's almost $114 million in revenue from subscriptions alone. That doesn't even include the money Blizzard makes off of table top games bearing the World of Warcraft name, books, figurines, clothing, BlizzCon badges, in-game pets, etc., that players regularly buy, myself included.

Do I think that Blizzard has anything to worry about? Well, yeah, to an extent. If they continue on this steady downward trend in subscribers, eventually, it won't be worth the money to develop expansion packs and keep the game updated. It's one thing if the numbers fluctuate significantly, both up and down, but they don't. At least between expansion packs.

News of the next WoW expac is supposed to be released during the current BlizzCon so we should be hearing about it soon. I'm curious as to whether or not it will be innovative enough, in depth enough, and contain enough new content to drive subscriptions up in a meaningful way. Blizzard has a mind boggling problem in front of them:  How to both draw in new players and keep the veteran players that they currently have. More and more often, I'm reading around the blogosphere and the social media outlets about how players have become disenfranchised with the game and hang up their subscriptions. I truly hope Blizzard has an epic rabbit to pull out of their hat during this convention.
Posted by Unknown at 8:41 AM No comments: