Casual vs Hard Core vs Free for All

Recruiting, as I said in my last post, is an ongoing endeavor. Once I started getting people to join the guild, I had to look forward to building a raid team. Once again, I had some pretty idealistic goals for what I wanted in my raid team. I wanted:

I was, and still am, asking for a lot. For the  most part, I found just the people I was looking for too. There's been some bumps in the road and progression is slower than I had anticipated, but we're moving along, bouncing around in High Maul and BRF as we like. When we can't get a boss down and get frustrated, we stop and try a different one. I'm sure there has been talk that has occurred outside of my hearing, so to speak, but I think most of my team are happy with the way things are going. I've actually had some tell me that they've been in hard core raiding guilds before and much prefer it the way we do things. They like the fun and friendly atmosphere versus raiding in a high stress environment.

I'm painting a pretty picture here, right? Well, there have been some bumps, like I said. As the weeks have progressed and we've been learning how to work as a raid team, I've had to reassess and make some adjustments. I'll tell you all about that in my next post.
Posted by Unknown at 6:56 PM No comments:

Fast forward again to December 2014. The husband and I decided that we were finally ready to start inviting people to join the guild. Fleas on Rats was going live! Just a little FYI, side note here:  While I consider my husband to be co-owner of the guild, he is more of a sounding board for me than an actual manager. He prefers it that way and this is fine by me.


How to Begin the Recruiting Process

I had done the bare-bones minimum in research on how to recruit. I figured, how hard can it be??? Sometimes my naivete and complete dumbassery astounds me. Recruiting is H-A-R-D. I could have made it easier on myself by choosing a lemming-type, conformist-type, typical guild name like Fluffy Bunnies or Lemonade Kids (I should say, "no offense" here, but would I really mean it?), but I chose something that actually means something and, in the end, I think is representative of what it means to be a killer horde. What's more killer, harder to escape, creeps up on you with no notice, than the plague??? A PLAGUE ON YOUR HOUSE!!! Nobody wants to hear that.

Anyway, back to recruiting. I chose the traditional route of spamming trade and general chat with recruiting messages. I say "spam" here because that's the general term for it, but I don't think what I did fit the definition. I didn't repeatedly post my message until I was locked out. I posted about once every ten minutes or so. And let's be honest here. What's more annoying, the occasional guild recruitment message or the anal spams or the blessed thunder fury spams or the general douchebaggery that is par for the course on trade chat??? Maybe your server chat is different than mine, but personally, I'd rather see guild recruitment posts.

Besides, it worked. I started recruiting some great people to my guild, but it wasn't going as fast I would have liked. So, I posted a message to the guild recruitment forums. Over the months, I've gotten a handful of hits from these posts. Right now, I have three active posts on three different boards, on two different websites. Compared to the amount of people I got from in game posts, the forums are more work with fewer results, but still, a necessary evil. 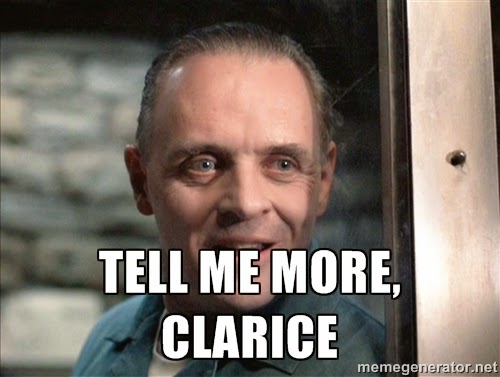 I wish I had a brilliant suggestion for recruitment. In the grand scheme, I haven't put in a lot of time recruiting. I've been at it steadily for four months now, but compared to some guilds, this time is nothing. It is, like I said, a lot of work. You have to find the right tone for your forum postings. I try to go with a more professional sounding tone with some sarcasm and more casual language. My goal is to recruit adults who have the same philosophy as I do about raiding (which I'll go into later). I'd prefer that they are social and friendly with a sense of humor. While I try to keep my posts on par with people who have at least an 8th grade reading level, I also try to keep a bit of levity so that prospects know I'm not a stick in the mud. This type of writing is difficult, believe it or not. Also, I continue to post in game, on trade, general, and now that it's back, looking for group. I absolutely never post on all three channels at the same time. I stagger my messages so that I'm posting about once every five minutes. This equals about once every 15 minutes per channel. This is not, by my definition, spam-like behavior. FYI, creating a macro for each channel is very handy.

Aside from the above, I also would recommend:

The Fear and Having Unrealistic Expectations

The transition from the Quel'dorei server to Zul'jin was eye-opening. I had never had any toons on a high population server, always choosing a medium pop server so that I would never have to deal with login queues. (In retrospect, this is a completely dumb reason to choose a low-med pop server.) I remember my first visit to Orgrimmar and being dumbfounded at the amount of players hanging out there.

This server change involved moving my main plus about two alts. My husband also made the transition with his main and I don't remember how many alts he had at the time. (This was a while ago and I'm old and my memory sucks.) The first order of business was to decide on a guild name and go through the process of starting a guild. We knew that, at the beginning, the purpose of the guild would be to use it as a way to support our leveling our alts. I didn't want to immediately begin inviting people to join. We had an empty bank and a very limited amount of gold. Who would join this guild and then stay once they saw that?

My vision for a guild was, and still is if I'm honest about it, idealistic. Let me bullet point it for you and you'll see what I mean.

My Must-Haves for a Guild
This is just what I wanted, in general, for a guild. This doesn't even being to cover raiding. So, the husband and I began stocking the guild bank. By this time, Cataclysm was out. We also worked on getting at least one toon each to max level. I figured, a GM should be at max level. Jump forward in time... 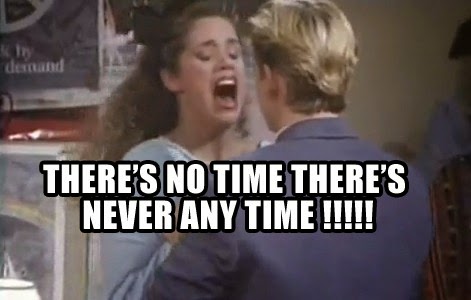 All through the Cataclysm and Mists of Pandaria expacs, we didn't put forth any real effort to start inviting people to the guild. Why? We made two cross country moves. We were both nearing the completion of our undergrad degrees so school work really ramped up. I had a snarly teenager on my hands. The husband deployed to Afghanistan. These, on paper, are all really good reasons to not have the time to devote to running a guild and putting together a raid team. I could get away with leaving it at that, but I'll be honest with you in the spirit of transparency. The ultimate reason was fear. I was afraid that I didn't have the follow through to make this successful. I didn't think I'd be able to find any other like-minded players out there that would want to join the guild. I go through times with the game where I don't login for a few weeks at a time. What would happen to the guild if I experienced one of those slumps? Yes. This is "just" a game, but in my mind, once you decide to become a GM, you have a certain responsibility to the players in your guild to be there and to make sure the guild is a place they want to be. If you don't believe that, what's the point of starting a guild at all?

Talking with other GMs didn't help. They confirmed that I had unrealistic expectations. Most happened to like my vision for a guild but all had no faith at all that I'd be able to make it happen. They all told me that running a guild is a lot of work with little positive feedback. They said that you put in hours of behind the scene work on a guild that, unless you are or have been a GM, players won't appreciate. Basically, being a GM is a thankless job that sucks the fun out of playing. What in the holy hell was I thinking???

Posted by Unknown at 9:00 AM No comments:

On Being a Guild Master 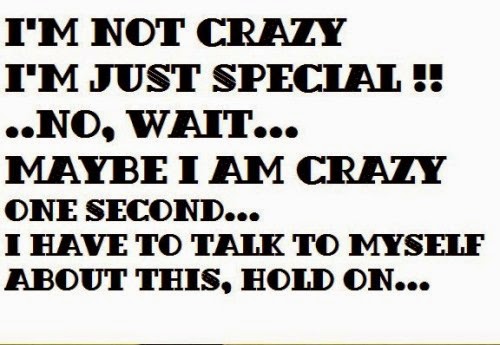 As if I didn't have enough in my life to drive me insane, I decided to open up one of my bank guilds and try to make it a casual raiding guild. I began this endeavor the first week of December, 2014. Now, four months later, I have two partial raid teams going on, on different days of the week. Sheesh. That sounds even crazier when I see it in black and white.

I want to take the next few blog posts and share my journey with you (whoever's still out there reading this blog). I don't know if this is going to be some helpful advice or cautionary tale of what not to do. We'll see what I say. I'll start with a little background info.

I had, over the years, tried out several guilds. I eventually found a guild that had nice people in it and minimal drama. You only have to read the trade chat in World of Warcraft one day to see that this game is fraught with teenage-like drama. Add in the trolls, and you have to wonder why anyone tries to be social at all. Anyway, this guild worked out well for quite some time. At least two years and it was a tremendously tough decision to leave it. However, I was looking to experience some of the end game content. I had never raided. All through Burning Crusade and WotLK. No raiding. I tried putting feelers out to my fellow guildmates to see if anyone would be interested in trying out some level appropriate raids. Aside from their focus being mainly pvp content, the GM was pretty adamant that this guild not become a raiding guild. I didn't want to step on toes, but I wasn't satisfied having a max level toon with nowhere to take her. It was time to move on. In addition to leaving the guild, I also did a server change. I thought starting out fresh on a higher population server would be the best way to go. This was a really great decision. Honestly. No sarcasm.


So, I was guildless and on a new server. Now what?
Posted by Unknown at 3:09 PM No comments: