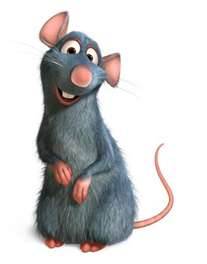 This page is dedicated to my guild, Fleas on Rats. I originally started this guild as a bank guild and the only members were my husband and his alts and me and my alts. Then, I got a bug about raiding. The more I chatted with other WoW players, guild masters, and raiders online, the more I came to realize that to find the raid team that I wanted to be on, I was going to have to put it together myself. Thus, Fleas on Rats, as it is today, was born.

My youngest daughter came home from school one day and as usual, I asked her how her day was. She proceeded to tell me the daily news and mentioned that they were learning about the Great Plague. Being an area of history that I'm interested in, we had an enthusiastic discussion during which she told me about a video that they watched in class. One YouTube search later and we found and watched the video. I liked the idea of naming my guild something unconventional and being a Horde guild, I really thought calling ourselves the plague was fitting. We're not supposed to be the Fluffy Bunny Kittens!!!

Who Are the Fleas on Rats??

The member roster consists of 21+ aged men and women. We're very small and I would like to say, close knit. It's so cliche to say that we're friendly and helpful, but WE ARE! Almost to a fault. During raids, we have to push gear on people when in most groups, people dicker over gear. You want someone to queue with, there's almost always someone willing to drop whatever it is they're doing and queue up with you. You need an old achievement? Say the word and we'll put a group together and go after it.

The current guild environment is quiet. The most we have online at one time is 5-10 depending on the time of day and the day of the week. Before the current downswing, we had enough people actively online that we held contests like cloth gathering, dueling, and a monthly most active guildie contest. I'd like to get back to that. I love all the Fleas but would like to get more of us going. If you're looking to raid, there could be a possible spot for you. Until I know your class, spec, iLvl, and experience, I'm not making any raiding promises. But if you don't ask, you'll never know. If you're just looking for a place to hang out, you're welcome too. If you're looking for a guild for you and all your alts, we're the guild for you. If you're looking for a guild that you could help shape, have input into, and help to grow and become a better guild, all without the hassle of starting your own and the time and expense that entails, give us a try. What's more, if you're looking for a guild in which you could start your own specific team, i.e., PVP or Twink team, we have space for you to do that.

We have rules, like no racist or ethnic name calling. No rape talk. No use of the word "retard". No gay bashing. No stalking or creepy behavior. Leave your elitist attitude at the door. Don't take anything from the guild bank that you can't use or intend to sell for your own profit. We provide food, pots, flasks, and runes for all raiders. We'll also help you gear up if necessary. There's also the possibility that you could become a guild officer if you prove yourself, which comes with time and good behavior. It's my belief that you get out of something what you're willing to put into it. Message anyone in the guild for more information or an invite or me, specifically, if you want to talk to me about joining. Bnet Maruka#1991 or any of the ways listed on my contact page.