I found this off of Manalicious by Vidyala who found it on Cannot Be Tamed by Jasyla. I love these things so I figured I'd play along.

1. When did you start playing video games?
Elementary school in the 80s. I played The Oregon Trail on a Commodore 64 at school. We also had the black and white Pong so I'm not sure which game I played first but it would have been close to the same time. My dad had an Atari but I don't remember any of games that I played on that. My mom had an Intellivision. I remember playing the hell out of Snafu (I can still hear the music in my head when you got close to losing, lol) and Burger Time on that console, lol. Good times. Look how ugly Snafu was, lmao!!


2. What is the first game that you remember playing?
See answer #1.

3. PC or Console?
As you can see from answer #1, I've pretty much always played on both. Nowadays, however, I mainly play on my PC or iPad.

4. XBox, PlayStation, or Wii?
We have a Wii U and a PS3. I've put my foot down against getting an XBox. We do not need all three consoles no matter what my husband and the kids say, lol. We've had every incarnation of the Nintendo except for the N64. We've also had every PlayStation, including the first one which would only spin the discs if you placed the console upside down. We'll probably end up getting a PS4 eventually but who knows. The older we get, the less of a priority it is to keep up with the new gaming systems.

5. What's the best game you've ever played?
This is a really hard question. FFVII maybe? Can I say The Sims to include all the expacs and versions since Vanilla? The Sims is the game that I've invested the most hours and money into playing. It's the game that's held my attention the most and the longest. Although, World of Warcraft is probably gaining on it, lol. I also absolutely loved playing the original Zelda. I have a lot of good memories wrapped up in that game.

6. What's the worst game you've ever played?
Another really hard question to come up with a definitive answer for. I can think of some chintzy, cheap games that I've bought over the years for the PC that were just terrible because they were so cheap, but I can't think of anything specific. Okay. Wait, wait, wait. It was Zelda: Twilight Princess for the Wii. Or was it the GameCube? Anyway, it had gotten such great hype so I preordered a copy of it. Then Nintendo delayed the release and we moved. I had to go through this whole crapton of crap to get the store to honor my preorder which I had already paid for and then when I finally got the game, it was a huge suckfest. There was so much cinematics, cut screens, and general drama that it took away from the actual game play. I gave it maybe an hour before giving up on it and being pissed off at the price I had paid. 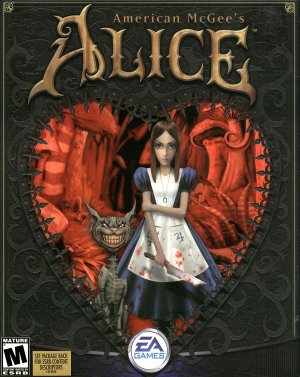 7. Name a game that was popular/critically adored that you just didn't like.
Aside from Zelda? American McGee's Alice. I remember all the talk about this game and how you had to play it in the dark because it'd scare the crap out of you and blah blah. I thought it was slow, tedious, and boring.

8. Name a game that was poorly received that you really like.
I'm not sure on this one. My hubby and I really loved the game Dungeon Keeper. I never hear anyone talk about it and I don't remember hearing much talk about it when it came out. But I don't know. I'm probably wrong here.

10. Who is your favorite game protagonist?
Geez. This isn't a fair question. This is one that requires a bit more critical thinking that the amount of sleep I got last night will allow. Mario? Hehehe. I'm going to say Ratchet. He's hilarious, inventive, can think on his feet, and he puts up with Clank's antagonism.

11. Describe your perfect video game.
Holy moly. I've always wanted to play a version of Star Trek where it was like immersing yourself in an episode of the show. You can realistically interact with your crew, explore your ship, investigate stellar phenomena, explore planets, make new friends with new species of peoples, have a drink in Ten Forward before logging some time in the holosuites. That sort of thing. Star Trek games always seem to be more about fighting than living. I'd also like to play a game set in Tudor England. It would be, again, a game where you could explore and interact with the world and the people in it as well as invading other countries as needed. I'd want it to be historically accurate though.

12. What video game character to you have a crush on?
I honestly can't think of a single character for whom I had a crush. I've never been one to have the hots for cartoonish characters.

13. What game has the best music?
I don't think I've played a wide enough variety of games to have an opinion on this topic. I've always liked The Sims because you can play your own MP3s through your Sims' stereos. Does that count?

14. Most memorable moment in a game:
Finally beating the original Super Mario Bros. All these years later and I still like to brag about it, lmao.

15. Scariest moment in a game:
In Diablo 2, there is that one witch or demon lady. Grrr! I can't remember her name. But every time she came out to kill me, her voice always gave me goosebumps. I hated her, lol.

16. Most heart-wrenching moment in a game:
I always get a little sad when one of my Sims dies of old age. I've never actually gotten teary-eyed over any game though. I don't immerse myself in a game's lore the way a lot of gamers do. I should, but I don't.

18. What's the last game you finished?
I have absolutely no idea. I lose interest in games before I finish them. After all, my favorite games are WoW and The Sims and neither one, especially The Sims, ends. I truly have no answer to this question.

19. What future releases are you most excited about?
The Sims 4!! Woot! I was excited about Mario Kart 8 but it's out now and we have it. 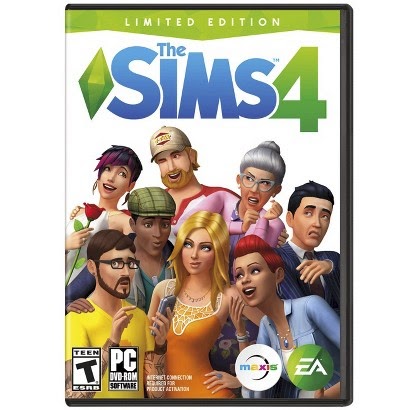 20. Do you identify as a gamer?
If you had asked me that question 4 or 5 years ago, I would definitely have said yes. I'm finding that as time goes on, I play video games less and less and they become less of a focus. Or maybe I'm just managing my obsessions better as I get older, lol. Still, I call myself a girl gamer because there are fewer of us than male gamers, we get less respect as gamers, and there's more stigma attached to being a girl gamer. I like to thumb my nose at the judge-y asshats.

21. Why do you play video games?
There are a few reasons why I play. First and foremost, games are fun. Immersive games are a great way to de-stress and lose yourself in an alternate world where homework, house work, work work, cooking dinner, and other real world obligations don't exist. It's also a way for me to socialize. I know very few people in real life who play video games. It's been really hard for me to find people who share any of my interests. In the gaming world, I know I have at least one thing in common with the other players.
Posted by Unknown at 9:19 AM 3 comments: